Mas Sajady has filed for religious non-profit status in California. He resides in Minnesota.

A non-profit is “an organization which does not have profit as its primary motivation.” Non-profits and charities get special tax exemptions– they are known to be tax shelters and receive special scrutiny from the IRS for this reason.  There are specific penalties “should the members of the organization engage in practices that may excessively benefit any of the organization’s members.” (Wikipedia) 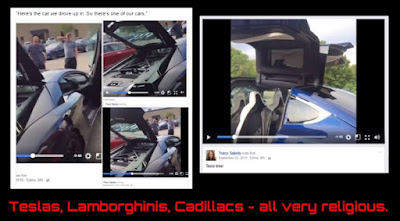 If someone is sporting a new Lamborghini and Tesla in the driveway, flies his kids to South America for the weekend, he and his family show off their wild spending on social media, brags with his alleged mistress about all the expensive boats and houses he plans to buy with cash in front of the very people paying for his massive wealth — it sounds like this is a charity that is extremely charitable to itself.  (His assistant Fei Zhou was wearing a Tesla hat on the cruise in October 2016 — the wife got the car and all Fei got was a hat?)

The family members pulled their posts about the flashy vehicles soon after we called attention to this. But we found some pictures …

28 mins ·
Is it the religious practice of Mas Sajady’s “church” to defraud the public and rip off sick people? Is that protected behavior under the freedom of religion.
If Sajady is a church for the tax breaks, why doesn’t he tell his followers about the existence of this church so they can get tax breaks too?
Can Sajady just lie and skirt the law indefinitely?
https://www.facebook.com/latanster/posts/1007685942707063
https://www.facebook.com/latanster/posts/1024217491053908 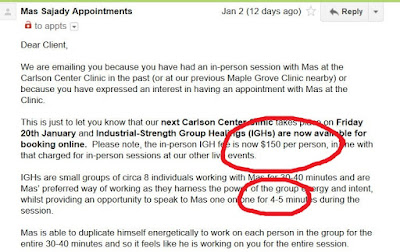 $11,700 for 3.5 hours.
While you are having your money sucked out of you, you are even supposed to dress for the occasion:  “business elegant.” 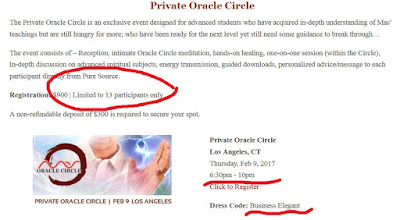 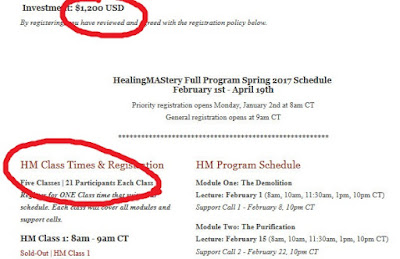 3 hrs ·
Here is where you see that Mas Sajady, who enjoys only the finest with all the expensive vacations, frequent trips to Peru and all the brand new cars, declares himself a not for profit religion.
He ALWAYS said what he does is not religious. He never gave us the chance to write anything off.
What do you think the IRS will think when I send this to them? They told me to send anything I can find that will help them.
They already have a case number attached to Fei Xuan Zhou and Mas Sajady each individually.
The IRS sounded very interested in these two when I spoke to them. 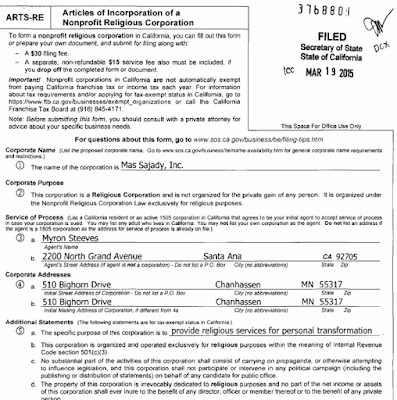 Translate into Your Language