Mas Sajady’s 2009 bankruptcy has alot of shady aspects. The most notable of which doesn’t even have to do with his bankruptcy, but his 2009 foreclosure — where he appears to have pocketed hundreds of thousands of dollars from a construction loan. You wonder if his wife at the time knew very little about the financial details: If Sajady withheld them from her, only to learn them when information was published online. Nevertheless, she is responsible for her choices.

Masood and Tracy’s bankruptcy included 18 creditors.  There is speculation that Mas Sajady will again be filing for bankruptcy as his new age business fails. 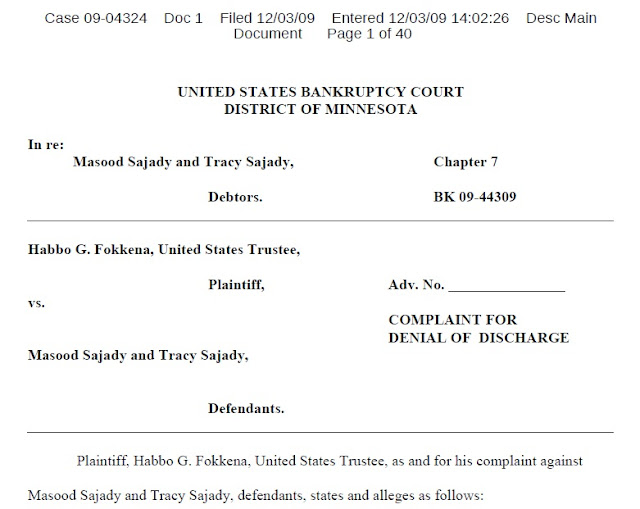 The March 2017 City Pages article about Sajady revealed the fact that the Sajadys had attempted to hide thousands of dollars in assets and failed to mention the purchase of a minivan days before filing for bankruptcy. 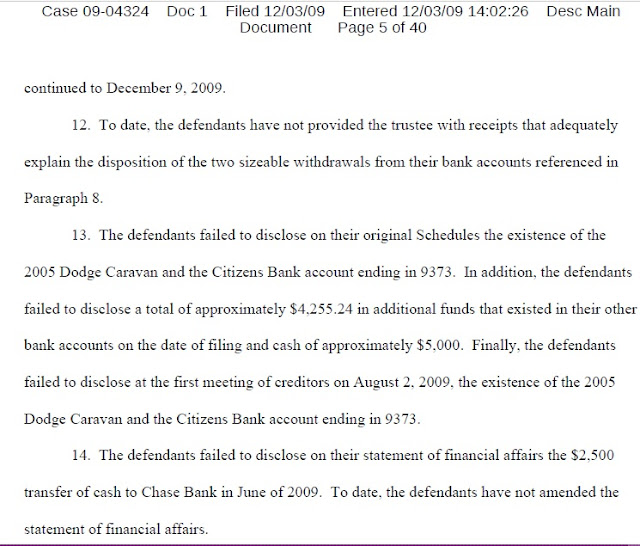 The trustee alleged the following counts against the Sajadys: 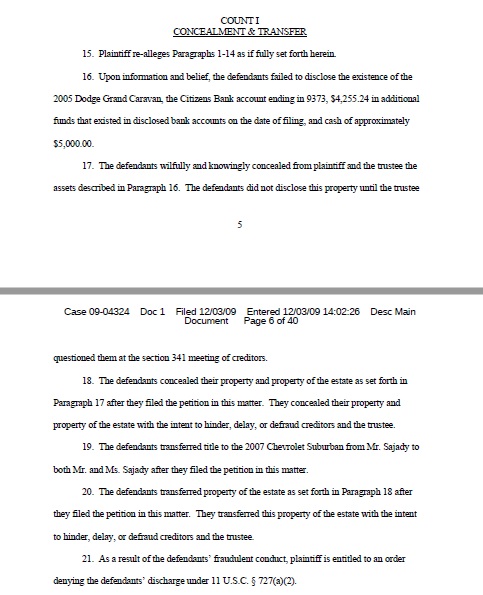 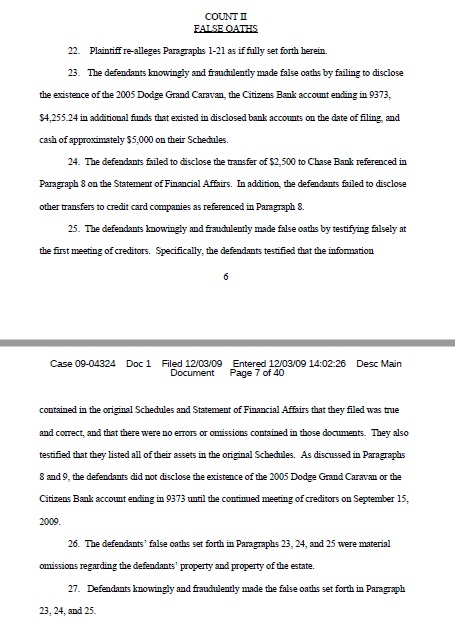 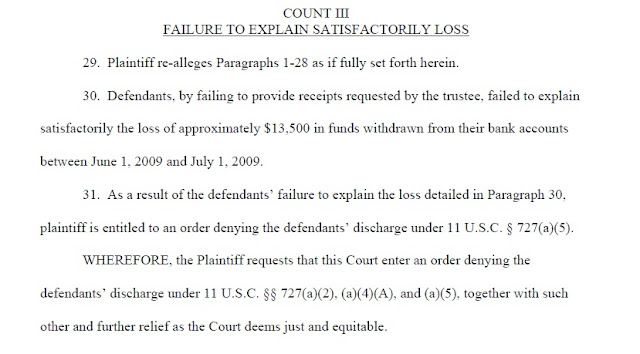 How did the Sajadys respond? They pretty much denied everything. Given Mas Sajady’s history of lying — here he is lying prolifically in court to try to take away my free speech — it’s not too hard to know who to believe.

Sajady managed to get the counts dismissed, but it’s not likely he’ll be able to scuttle charges on his next foray into the legal system. 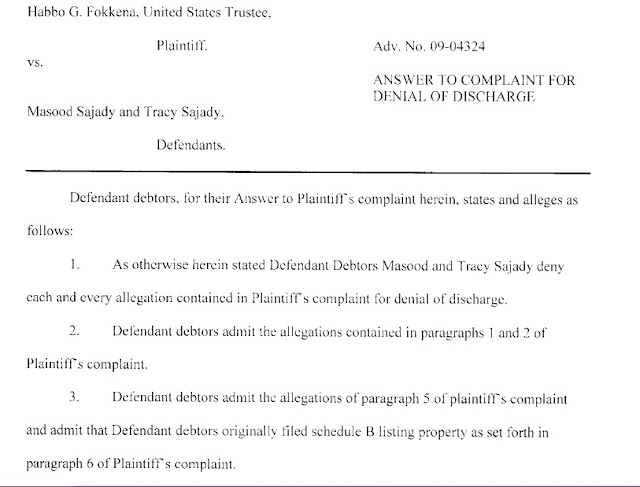